No Comments on ‘This is why we wear hijab’: Two young Muslim women speak outPosted in Uncategorized By iquPosted on March 20, 2022

‘This is why we wear hijab’: Two young Muslim women speak out

© Provided by The Times of India‘This is why we wear hijab’: Two young Muslim women speak out

The story was first published on February 9

When I was in middle school, I saw a couple of classmates wearing a hijab. I liked it and started wearing it but just during classes. I wouldn’t wear it when I went out. My parents were very confused because no one in my family had worn the hijab before this. In old family photos, you can see the women have bare heads.

By class 12, gradually as I started reading and understood the idea behind it, I started wearing it more regularly. I began to think of it as a part of me, not something fickle but a part of my identity, something that can’t be separated from me. Since then, I’ve worn it during college and now at work.

When the hijab started becoming politicised, I realised I must be well-read to shatter the stupid misconceptions that Muslim women are oppressed and don’t know anything. In 2017, when the burkini ban was announced in France, I was angry and upset because France was slapping modernity on Muslim women by forcefully taking off their clothes. I recorded a slam poem which went viral. Some people praised me, but the hate comments were much more. Trolls told me to go to Pakistan.

Great chance of moving to Canada without a job offer!
Ad
Ad 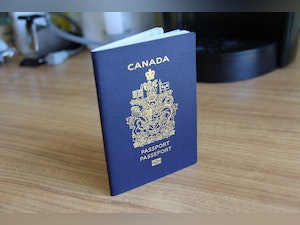 I lived in an area which was a Muslim ‘ghetto’. When I studied in Delhi University, I was moving between these two spaces. One which is considered barbaric, oppressive, primitive and another that was supposedly modern. I got stares and all kinds of comments about the hijab. Like, ‘Do you wear this while bathing? Why don’t men wear this?’ Some genuinely wanted to understand it but after a point, you get tired of giving explanations. It is a disclaimer you have to give everywhere you go: I am a Muslim; this is part of my identity and religion.

How difficult is it to understand this? Sikhs wear a turban but I don’t think they have to give a disclaimer everywhere. We had a Sikh PM but to imagine a Muslim woman in hijab becoming PM of India is a far-fetched idea. I’d go to slam poetry and open mic events and I’d be the only hijabi girl and everyone would be stare because it was unusual for them to see a Muslim woman with hijab speaking in an intellectual space. It shatters their age-old belief that Muslim women are oppressed, confined to their house and their only job is to serve their husbands.

When I hear about the recent incidents at Karnataka colleges, I am enraged but not surprised. This is an extension of what has been happening for the last 7-8 years. I feel it is not so much about the hijab issue. The larger debate is about how should a Muslim in the country live. An image has been crafted of what an ideal Muslim should look like – eat biryani and hear qawwalis – but the moment a Muslim starts asserting their rights and becomes visibly Muslim, the state can’t take it.

However, the number of hijabi women seems to be increasing. When I first came to college, I was the only one in hijab but by the time I was in third year, there were several. We must ask why are Muslim women embracing the hijab? It’s not like we are not educated. It is because it gives us a distinct identity which is both religious and modern, whether it is Ilhan Omar in the US or Apsana Begum in the British Parliament. Muslim women are reclaiming this identity and saying that even with our heads covered, we can be as forward-looking, outgoing, educated and employed as any other women.

‘This is why we wear hijab’: Two young Muslim women speak out